Welcome to my blog. I am honored to have you visit. I hope you'll find my articles a blessing. I welcome your input and especially comments and questions.

I write as a Christian from Jerusalem, Israel about Biblical subjects.

I am particularly interested in the subjects of children, families, women's issues, corporal punishment, science and nature as these subjects relate to the Holy Scriptures.

With every good wish - Samuel Martin 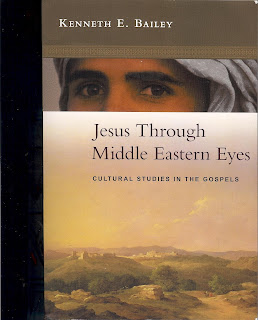 Here is a small excerpt from this amazing book -

An absolute must read for everyone! 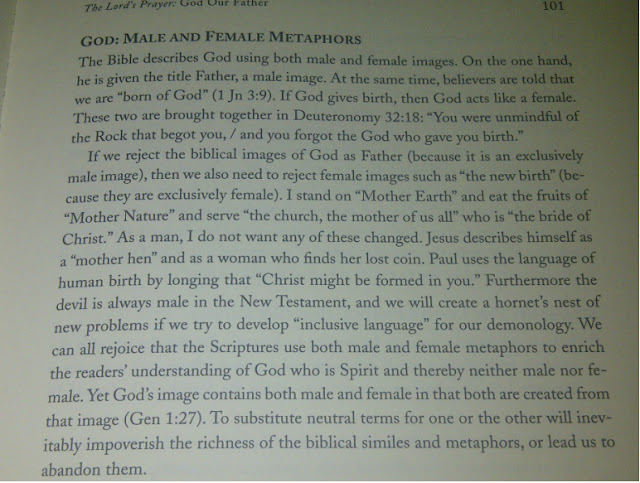 Send in your entry for this give away to:

Much thanks and appreciation to:


Posted by Samuel Martin at 1:26 PM No comments:

The Two Churches (Part One)

The Two Churches (Part One)

Very uncharacteristically of me, I’ve been reading Dickens of late. Anyone who knows me, knows that fiction is something I engage rarely, though some people who read my material would disagree with that statement.

However, of late, my ten year old and I have been spending that special story time at night reading Great Expectations. It is a bit of a slow go because Dicken’s English is a bit unfamiliar to her and there are lots of “Dad, what does that mean?” breaks. It’s good because there are lots of new words for her and we get to have a bit of fun. I am trying not to paraphrase because I read it real slow with a bit of acting and theatre to go along (Yes, I can even manage a pretty decent British accent if the spirit moves me after being born in the UK). She is totally in for the theatrics making the whole thing a bit of a production in fact.

But, it was not Pip, Miss Havisham, Uncle Pummelchook, Mr. Wopsle, Bentley Drummle or Biddy that jogged my memory of my own childhood. It was Pip’s description of dinner.

“Dinner was a gay affair for everyone except me. I was not allowed to speak. Much of the conversation centered on me and the burden I was to my poor sister,…” (ch.2)

I’ve been to these types of dinners. These types of dinners where children are to be seen and not heard! [This absolute wisdom in the ‘Spare the Rod, Spoil the Child’ tradition is quoted in the Western world as if it came from Jesus Himself!] Dinner was not the only place where children were to be seen and not heard.
I remember once when I was a kid of no more than six years. I went to play with a friend at his home. We came into the kitchen to sit at the table to have a cup of milk. I made the horrifying error of making a noise when I drank my milk. Imagine that, a six year old who makes a little noise drinking. The thought of it! Not in my friend’s house! That was an offense which was punishable with the rod and don’t worry his mum had one constantly nearby. More on this later.


Welcome to Church – Come in, sit down, don’t move and shut up

Now, children who did not speak and who were seen but not heard was part and parcel of my early childhood and this was especially the case at church.

Church was a place you entered from outside. The ground inside was holy and to be treated as such.
Children were allowed in church as long as they sat still, shut up and were perfect. Anything less than that was the signal for the parents to march their little charges out of the “holy assembly” to a nearby location for a solid and firm round of spanking/smacking/the rod/corporal punishment, etc. Don’t worry, this location was known to all, it was used regularly and they would make sure that paddles were available.

I didn’t get too much of that at church myself. I was well behaved generally speaking. I was also too busy sitting down next to my mother and sisters, mouth shut, hands folded, back straight and head erect. God help you if you needed, of all things, to use the toilet at the wrong time. Because that would mean that my mother would have to get up in view of the whole congregation, and do the unthinkable (God forbid), take her uncontrollable charge to the bathroom. Perish the thought! Also, God help you if you were forced to sit and couldn’t hold it! Another unforgivable offense which also had its remedy for some: the paddle as well.

You see, I was the youngest in my family and I was the only son and God forbid I embarrass my father (who was often the preaching minister) and mother in the church.

But don’t feel too sad for me. My family, along with 10,000’s of others, left that church in 1974 after Herbert W. Armstrong’s prophecies concerning the end of the world uttered multiple times in the 1950’s failed.

When I look back and reflect on my own upbringing and experience with church, I notice now that I am an adult, how many of the ideas which were pretty much part and parcel of my church experience, have been shared by millions of Christians and today, many of them, like me, will do anything they can to get away from this previous environment and will under no circumstances subject even their worst enemy to the same much less their loving family.

In talking about my propensities to read fiction, I have another daughter who is a bit younger and we also do a bit of reading. I’ve always wanted to figure out a way to include Dr. Suess in my academic presentations ever since I heard Claire Pfann pull it off so amazingly [Of course, Claire doesn’t need to pull anything off being one of the most powerful Bible scholars we have in Jerusalem today (or in the universe for that matter) – See http://s3.amazonaws.com/narkis/Mary%20of%20Migdal,%20a%20Model%20of%20Faith%20-%20Claire%20Pfann%20-%2013%20Apr%202006.mp3 ] , so now I’ve managed to do it. You see, this is because my 6 year old loves “The Cat in the Hat.”

In the story, she enjoys the various characters, but she really likes Thing One and Thing Two.
So, this paper gives me a chance to talk about what I will call:


Church One and Church Two

I have a lot of experience with Church One. I am patiently waiting for Church Two.
Church One – Some of its characteristics

Now, I know a little something about Church One. I’ve lived it. I was quite small when I left Church One. (about 8 years old in fact) I’ve also noticed a few similarities that my Church One has with lots of other Church One’s I’ve heard about. Let’s look at some of these:


1. Headed by a singular charismatic leader who rules Church One with an iron fist from the top down – Everyone here can often just cut and paste the name of their own charismatic church leader here. My charismatic leader was Mr. Herbert W. Armstrong, the Pastor General (love those military terms) of the World Wide Church of God. [Note: if you are presently in a denomination where the head of your church chooses to identify himself by the term “Pastor General”, this could be an immediate signal to leave the church immediately. ]
2. Church One leaders lead lavish, lifestyles of luxury with the need to have massive resources at their control to do “God’s work” including all types of physically properties, cars, and even lear jet airplanes.
3.       Church One leader’s incomes are almost always in the top 1% of the incomes that are present among their members.
4. Church One leaders often have a cadre of lawyers and accountants around them to help them take advantage of every non-profit tax law, tax avoidance, loophole, church property and compensation designation, ad nauseum. If they ever get into trouble, they normally will be seen in the company of the most expensive, high powered attorney’s money can buy.
5. Church One members are required to pay “tithes” according to the interpretation of Church One leaders. Church One leaders are exempt from paying anything as they are the recipients of the “tithe.” Members are also expected to give sacrificial gifts to Church One and many members will often go without many basic needs to give money to Church One.

6. Church leaders maintain “doctrinal committees” which on the surface are suggested to be forums where new information is discussed and formulated, but, in practice, these bodies are in existence to continue promoting the same old teachings that Church One has been teaching since its inception. The old line is to be preserved at all costs. There is no such thing as “new truth.”
7. Men are firmly in charge and control all power and resources in Church One at all levels – This is a pretty standard one.
a.       Men are the preeminent social being in the universe
b.      God has given Christianity a ‘masculine feel.’

8. Women are welcome to participate in Church One according to the following terms
a.       Come in, sit down and shut up
b.      We will tell you what to wear, how to look and whatever you do, it will most probably be wrong and not good enough for the Lord’s standard, which we define and continuously modify, clarify, change, adjust according to our own priorities.
c.       Do not think, ask or question anything
d.      Ladies, your intuition is wrong, misguided and cannot be trusted
e.      Don’t question your husband
f.        All men in Church One are your authority figures who are also not to be questioned
g.       We’re all one in Christ, but … (you all know what to add here)
h.      Women are inferior to men

9. Children – Children are little creatures that are full of sin
a.       Children are subject to the authority of any adult and must always do what they are told by older adults no matter what
b.      Sin is to be beaten out of them (often called by a neutral term “spanking”)
c.       They are also welcome in Church One much on the same terms as women
d.      Play is something to be frowned on

11. The Bible
a.       The King James Version (KJV) of the Bible is the Word of God
b.      The KJV is perfect, is not deficient in any way and is never to be questioned
c.       The use of or suggestion to use another Bible version is absolutely ridiculous and potentially  heresy
d.      The King James Version was good enough for Jesus; It is good enough for Church One and its members.
e.      Under no circumstances are you ever to question the Bible interpretation of the leaders of Church One. They have been placed in authority over by God and their word on what the Bible teaches is final, absolute and not subject to any questioning, debate or discussion

Now that we’ve heard about Church One, next time, we’ll talk about Church Two.
Posted by Samuel Martin at 1:28 PM 5 comments:

For more information about my book